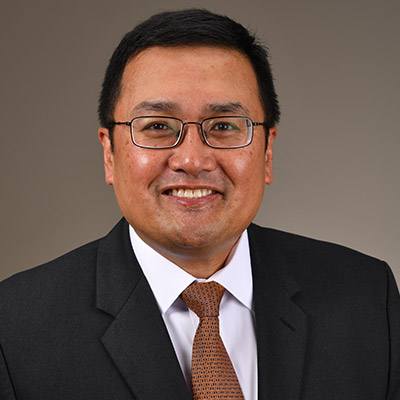 Affiliation
Professor and Chair for the Department of Cardiothoracic and Vascular Surgery, McGovern Medical School at The University of Texas Health Science Center at Houston (UTHealth).
Chief of Cardiac Surgery and Director of the Cardiovascular Intensive Care Unit at the Memorial Hermann Heart & Vascular Institute in the Texas Medical Center in Houston.

Early life and education
Estrera was born on May 18, 1967, in the Philippines. Estrera earned a bachelor’s of arts in biochemistry from the University of Texas at Austin in 1989 and an MD from UT Southwestern Medical School in Dallas, Texas, in 1993. Later that year, he began postgraduate training with a surgical internship at Baylor College of Medicine in Houston. In 1997, he was named chief resident in general surgery there before starting his residency in cardiothoracic surgery in 1998.

In 2018, Capital Medical University, Beijing, China, named Estrera member and adviser to its Department of Cardiac Surgery. In 2019, he was awarded the Hazim J. Safi, MD, Distinguished Chair in Cardiovascular Surgery before being named chair of the McGovern Medical School’s Department of Cardiothoracic and Vascular Surgery. He is also a consultant for American manufacturing company W.L. Gore and Associates.

A renowned expert in all forms of cardiothoracic surgery, Estrera’s research and experience has led to specific refinements in the treatment of a number of maladies, including thoracic aortic aneurysms and aortic dissection. He has authored or co-authored more than 60 chapters and nearly 300 peer-reviewed articles. In addition, he remains a highly sought-after lecturer, presenting at more than 300 events across North America, Europe and Asia.